SEE CONTESTANT COVER RAGE AGAINST THE MACHINE ON GERMANY'S 'THE VOICE' 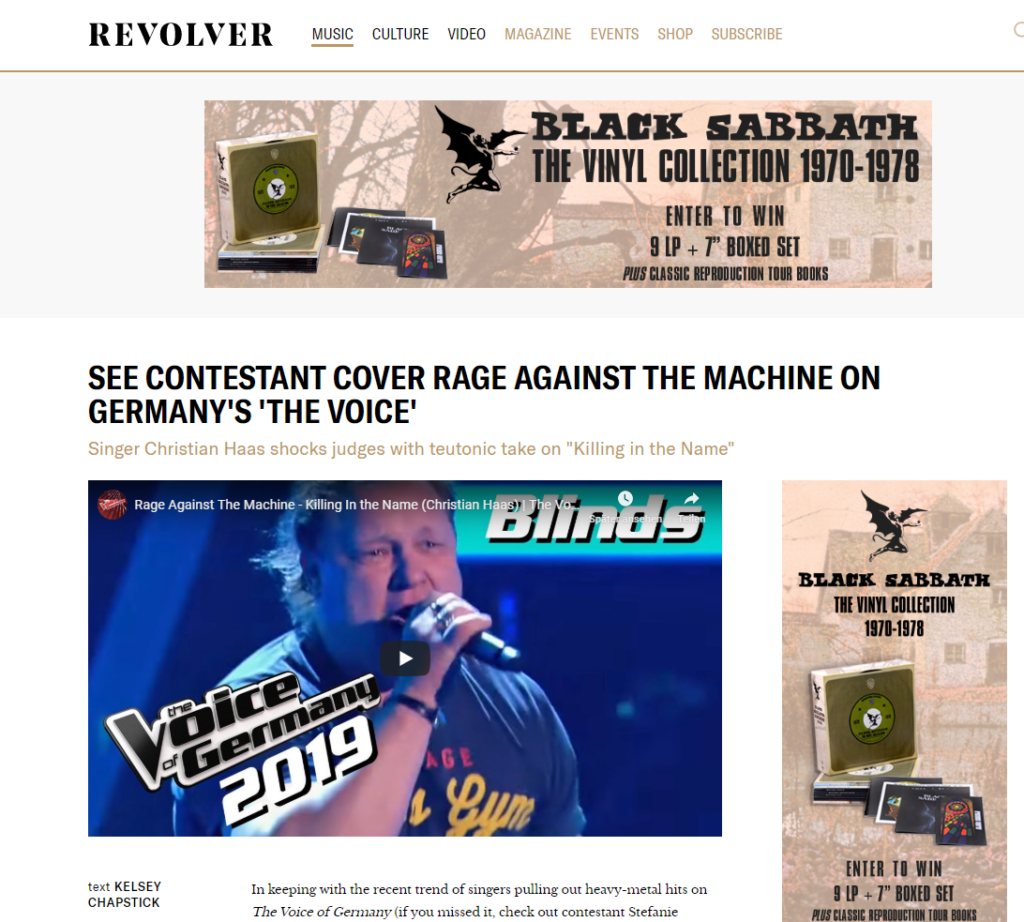 In keeping with the recent trend of singers pulling out heavy-metal hits on The Voice of Germany (if you missed it, check out contestant Stefanie Stuber's viral take on Lamb of God), German singer Christian Haas recently wowed judges and the audience with his high-energy rendition of Rage Against the Machine's 1991 protest track "Killing in the Name." From the second the iconic opening riffs are played, Haas took a strong power stance and beat his fists in the air with a vigorous energy few were expecting. His German accent is only slightly perceptible before he gets into the aggressive parts of the track when two judges are instantly enamored and turn around to face the performer, one even standing to dance and bang his head along. By the end of the stunning showing, Haas charmed all four judges and left the audience cheering and, in the case of his own small support group, even in tears. As he delivers the song's final shout at the end, the crowd erupts, proving once more, pop may reign supreme on shows like this, but no one can escape the power of Rage.